What is Autoimmune Encephalitis? 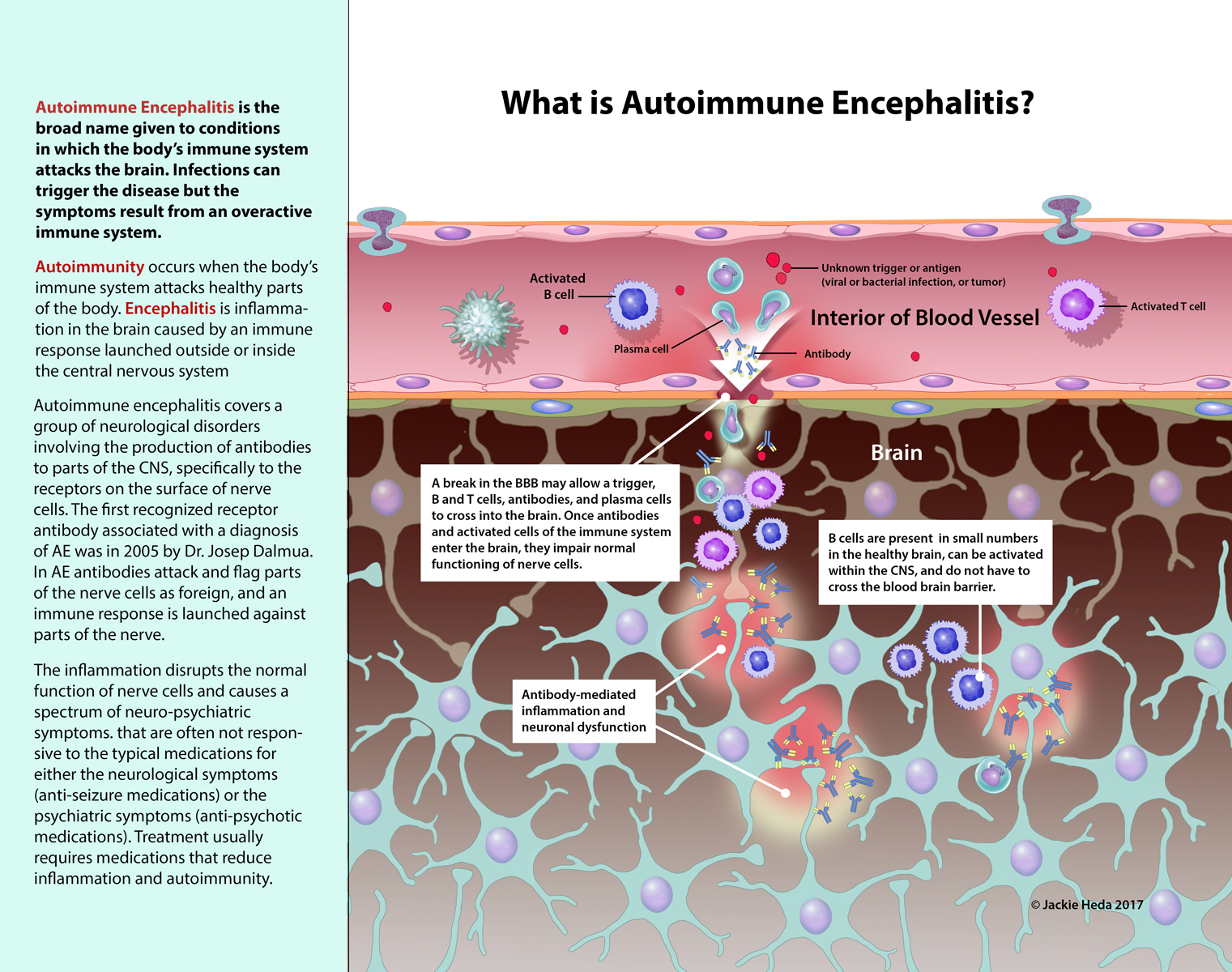 Jack was admitted to Duke’s Brain Disease Program in February 2016. He was given Ativan, a benzodiazapine, to manage anxiety, while he was tested for Lyme disease and various other blood disorders that may have caused his symptoms. He also received a second spinal tap, an MRI, and an ultrasound to determine the possible presence of a teratagenic tumor. Teratoid tumors are composed of multiple tissues which are unlike the tissue of the organ in which the tumor is found. Teratomas are found in the ovaries or testes and are associated with a form of Autoimmune Encephalitis, anti-NMDA Receptor Autoimmune Encephalitis. The tumor can secrete antibodies that attack neuronal activity in the brain. Although the results of all the tests Jack received were negative, Duke’s pediatric medical team confirmed Jack’s diagnosis of Autoimmune Encephalitis. The diagnosis was made on the basis of his symptoms and their sudden onset and extensive psychiatric evauation. It seemed apparent that somehow an antigen had crossed his blood-brain barrier and traveled into his brain, where antibodies that the body produces against the antigen became confused. Instead of fighting the antigen, the antibodies attacked the brain causing inflammation, interfering with the brain’s function, and potentially destroying parts of it.

The image I created as the third in this series is titled, What is Autoimmune Encephalitis? It shows how a break in the BBB allows antigen to enter the brain and cause the inflammatory response that disrupts normal nerural activity.

What is Autoimmune Encephalitis