How is the Brain Affected in Autoimmune Encephalitis? 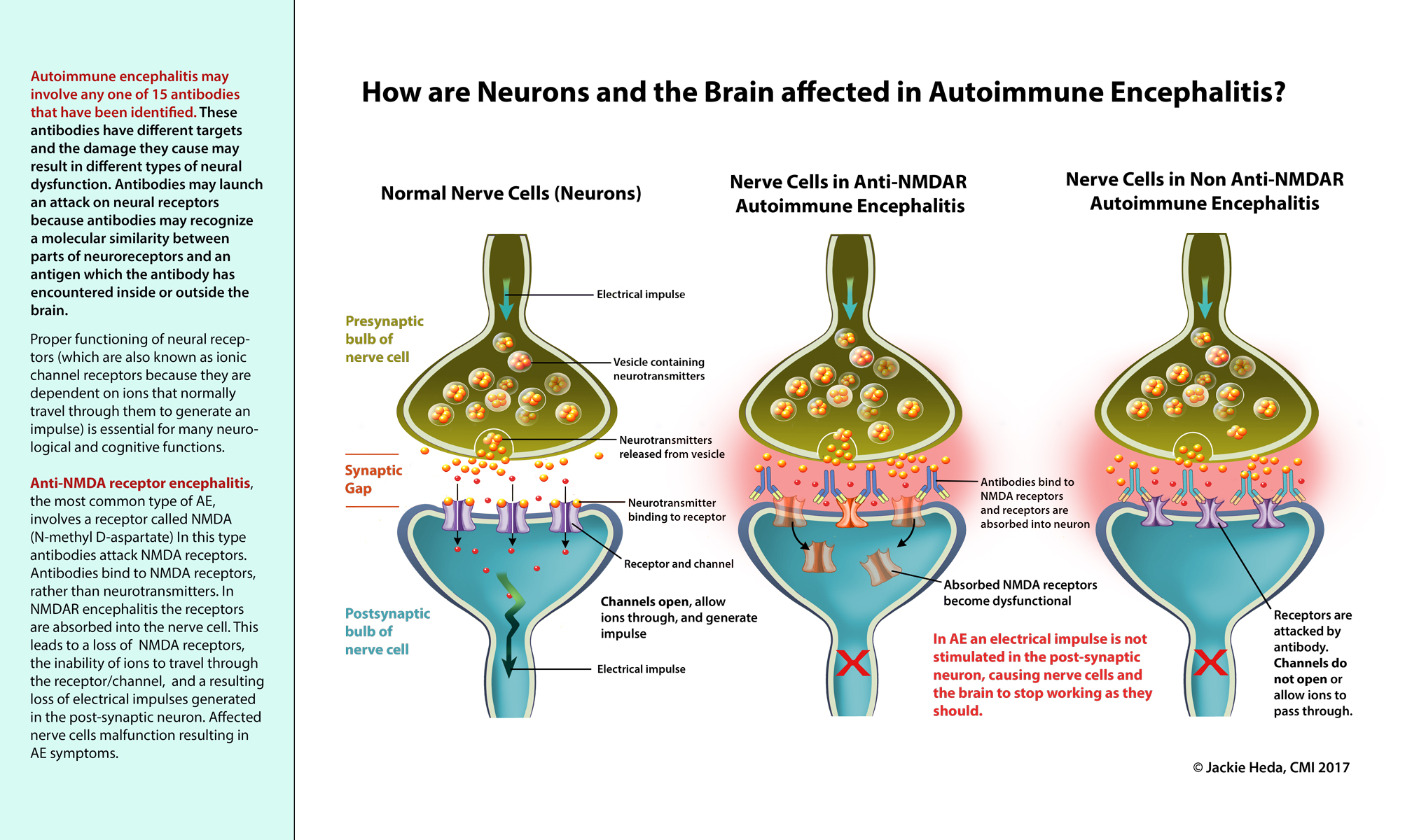 Once Jack was conclusively diagnosed with Autoimmune Encephalitis, he began receiving intravenous infusions of immunosuppressant medications. IVIG, intravenous immunoglobulin, is believed to bind to the sites to which harmful antibodies bind to cause neural dysfunction. IVIG and anti-inflammatory drugs are the first line of treatment. While there was temporary improvement in Jack’s symptoms, a second line of treatment was necessary and he was given Retuximab, which is an antibody that helps the immune system destroy specific blood cells that cause the immune system to create autoantibodies. Because Jack’s condition was diagnosed expediently and treated aggressively by his doctors, the progression of the disease was arrested and thankfully today Jack is doing well.

Understanding what happens to the brain in Autoimmune Encephalitis, involves knowing a little about what happens with normal nerve cells and synapses, the release of chemical neurotransmitters from the one neuron to the receptors of another, and the generation of electrical implulses that allow normal brain function. The interference of autoantibodies in this process can cause either a loss of receptors or binding of autoantibodies instead of the neurotransmitters. Ultimately an electrical impulse is not generated, causing nerve cells to stop working as they should.

How is the Brain affected in Autoimmune Encephalitis?